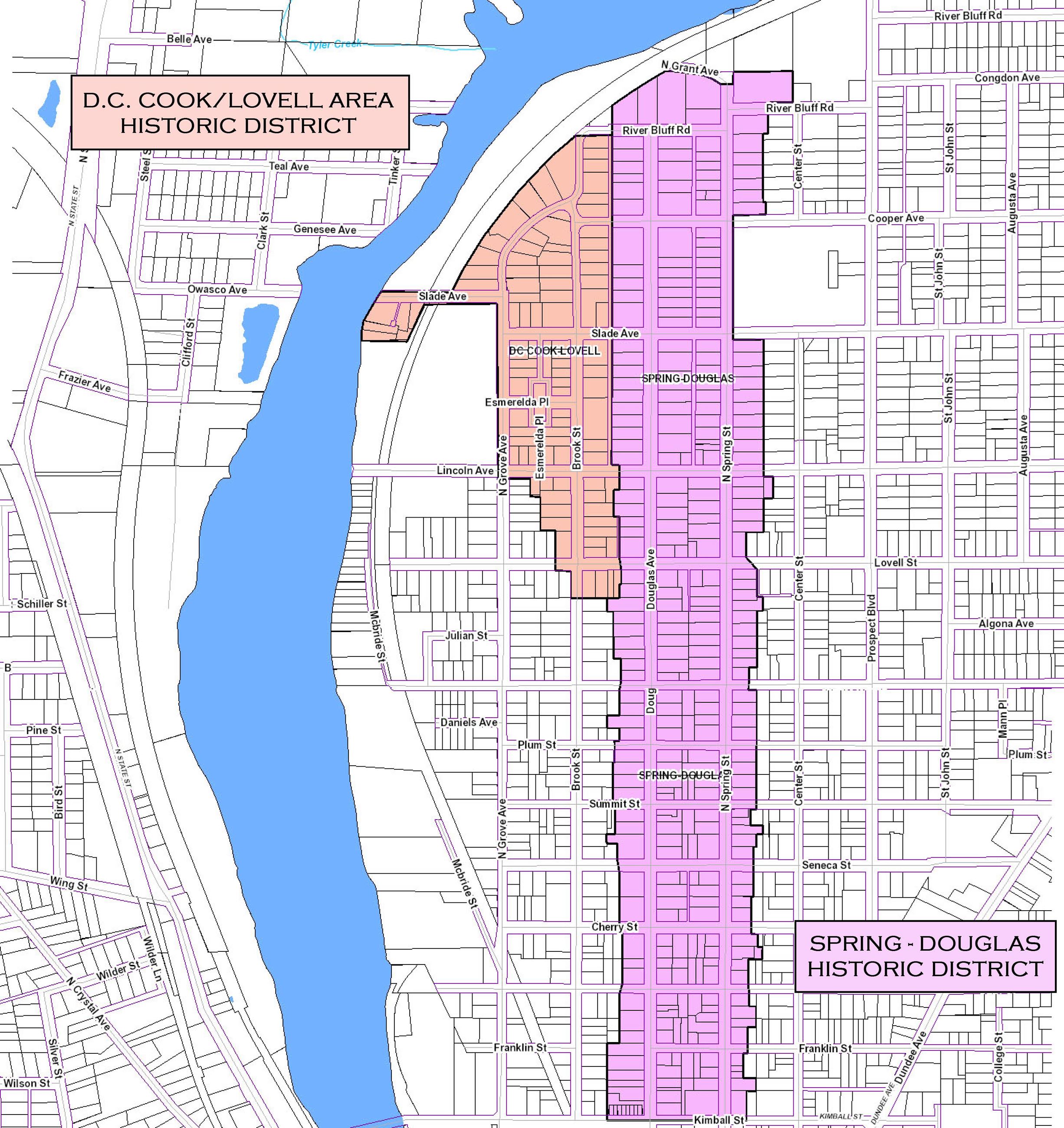 The Spring / Douglas Historic District is located in the north section of Elgin on the east side of the Fox River. The district encompasses both sides of Spring Street and Douglas Avenue, for a distance of 12 blocks. These two streets run parallel to each other northward from the downtown area. The District terminates north of River Bluff Road.

Like much of the city, this historic district developed during Elgin's boom years of the late 19th century. Much of this land was platted and subdivided in the 1840s and 1850s and the earliest remaining dwellings in the district date to just before the Civil War. The growth of the city's dairy industry and the establishment of the Elgin National Watch Company resulted in a dramatic increase in Elgin's population toward the end of the century. Housing construction moved northward from the downtown area, and by 1890 an electric streetcar line ran up Douglas Ave. Dozens of homes were built on these two streets, which reflected the popular national architectural trends of the period including the queen anne and related styles.

Douglas Avenue was called Elgin's Fashionable Avenue by a local newspaper in 1884 and was home to many of the city's leading citizens. Numerous large dwellings were also built on Spring Street, and this section of the city was one of the preferred residential areas of the turn of the century. In addition to the residential construction, the Sherman Hospital was built just east of Spring Street during the 1890s. This hospital complex greatly expanded in the next century and today is an important institutional landmark adjacent to the district.

The district continued to develop in the early 20th century and many fine colonial revival and prairie-style dwellings were built in the years just before and after World War I. Both streets were largely developed by 1930, and only a few buildings were constructed after this period. The Spring / Douglas Historic District continues to contain some of Elgin's finest historic architecture and remains an attractive residential section of the city.