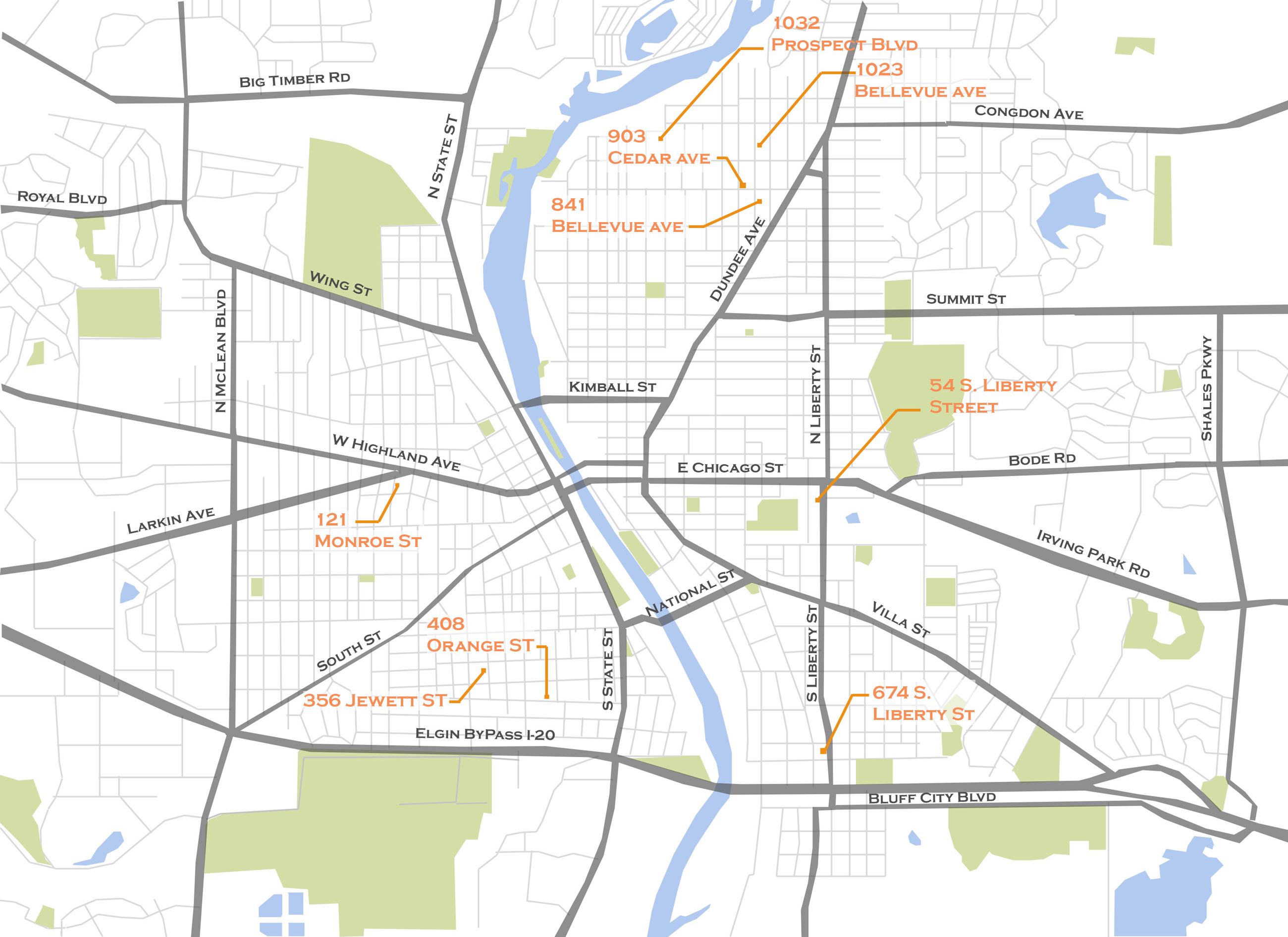 The thematic district boundaries are not limited to a specific area but will be city-wide, allowing any property that meets the following criteria to be eligible for inclusion into the Elgin Bungalow Thematic Historic District. The bungalows that are approved for inclusion will be subject to the same restrictions and benefits as existing locally landmarked and historic district properties.

Over the course of two years (2013-2015) staff, volunteers and consultants for the City of Elgin have identified over 2,000 examples of bungalows within the City limits. Many of these were found throughout the older neighborhoods of the city.

The Historic Elgin Bungalow Organization initiative began with the receipt of a grant from the Richard H. Driehaus Foundation that helped fund the production of informative brochures. This campaign ultimately led to an initial bungalow survey conducted by Allen+Pepa Architects.

The bungalow emerged in the early 1900s as part of a move away from the pretense and formality of the Victorian period, a renewed interest in the natural sciences, a reaction against growing industrialization, and embracing a new, authentic craftsmanship and a simpler way of living. These homes could be built quickly and inexpensively, reflecting the changing times. At its simplest, a bungalow is defined as a one to one and half story house with a low-pitched roof and front porch. Many bungalows can be identified with an architectural style. A defined style is not necessary for inclusion in the district, but when present gives added luster to the structure.