The Hemmens Cultural Center is named after Hattie Pease Hemmens. Hattie and her husband Walter were prominent Elgin residents and when Hattie died in 1957 she left over $1,000,000 to the City of Elgin to "...establish and maintain a not-for-profit Community Building & Auditorium in the City of Elgin, Illinois, for the benefit of the inhabitants of the said City of Elgin..."

Below is an excerpt from Elgin: A Women's City by EC.Alft

The donor of funds for the Hemmens Cultural Center was probably, in the nineteenth century expression, a "love child." Although the date of birth on her death certificate was 1873, Hattie Pease is listed on the U.S Census enumeration sheets as two years old in 1870, and she graduated from Elgin High School in 1885. It is unlikely that she was twelve years old at that time. An older sister, who was 19 at the time of her birth, ended up in California.

Hattie was raised by her grandparents, Walter and Sarah Pease. A former mayor and a prosperous banker, Walter Pease was one of the Four Immortals who raised the funds to encourage the watch factory to locate in Elgin. The Pease wealth was derived from the profits of a local distillery. Some time elapsed between the imposition of a Civil War tax on alcoholic spirits and its effective date. The distillery was worked day and night, and cellars and barns around town were filled with the output. The large stock was then sold at the price advanced by the tax. Pease and his partner, Benjamin Lawrence, ploughed their profits into their newly organized First National Bank.

Hattie married David Collins, a Los Angeles jeweler, in 1891. He went to the Klondike gold fields and didn't return. She was granted a divorce on the grounds of desertion in 1902. Later that year she married Walter P. Hemmens, an Elgin coal dealer who graduated from Elgin High in 1879. It was said that after the wedding his name was removed from the coal wagons.

For several years, until moving to Chicago in 1912, the childless couple resided at 467 East Chicago Street. They traveled widely, and their world tour in 1919-1920 was described by her husband in the "Dear Dick" letters published in the Elgin Daily News.

After Walter died in 1941, Hattie Hemmens lived in a suite in the Hotel Baker in St. Charles and later at the Edgewater Beach Hotel in Chicago, where her death occurred in 1957. Hattie wore a hat and gloves everywhere, even at picnics. Aristocratic in bearing,her manner toward employees was often brusque. She is remembered as being fond of jewelry, owning a diamond tiara and rings of impressive size.

Although she was aware of her contemporaries' knowledge of the circumstances of her birth, Hattie Pease Hemmens remembered Elgin in her will, bequeathing more than one million dollars for a community building. Her grandfather's bank, the First National, the estate's trustee, designated the city government to develop the project. The search for a site, which would require parking space, sparked the idea of a Civic Center to revitalize the aging downtown. Federal urban renewal funds paid for three-fourths of the costs of site clearance, and voters approved a bond issue. Demolition began in 1964, and by 1969, when the Hemmens was completed, four additional buildings - a City Hall, a U.S Post Office, the Gail Borden Public Library, and an Illinois Appellate Court occupied the site. 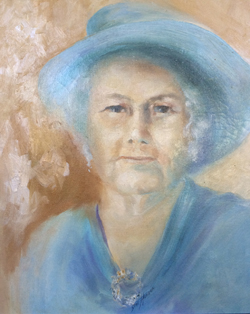 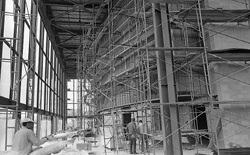 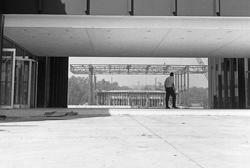 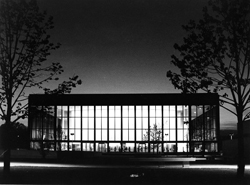