With the changes in today’s world, Chief Lalley understands the importance of homeland security awareness. The desire to develop actionable policies and strategies in the area of homeland security led her to complete her second master’s degree from the Center for Homeland Defense and Security, Naval Post-Graduate School in Monterey, California.

Chief Lalley provided leadership in various capacities prior to becoming Elgin’s 35th police chief. Like many police chiefs, she climbed through all ranks of leadership, enabling her to gain a broader understanding of law enforcement operations. In her earlier years, she was assigned to the Patrol Division as a patrol officer and the Drug Unit to work undercover. Chief Lalley was sworn-in to the rank of sergeant in 2007 and lieutenant in 2010. In March of 2012, she was sworn-in as commander. She was responsible for all aspects of the Investigations Division, Administration Division, Patrol Division and most recently, The Strategic Initiatives Division which focuses on fostering community-oriented policing strategies and developing community partnerships.

Along with her co-workers, Chief Lalley has been vital to the success of many police department achievements. From a technology standpoint, she served as project manager for the Body-Worn Camera Program and the Real-Time Information Center. As a community advocate, she implemented the Spanish Police Academy, Teen Citizen Police Academy, Women’s Self Defense, Coffee with a Cop, Not in our Town film viewings/community conversations. As a teacher, Chief Lalley played an integral role in the restructuring of the police department’s Explorer Program. Chief Lalley was the recipient of the Chief’s Appreciation Award, Manager of the Quarter on two occasions, and Manager of the Year. 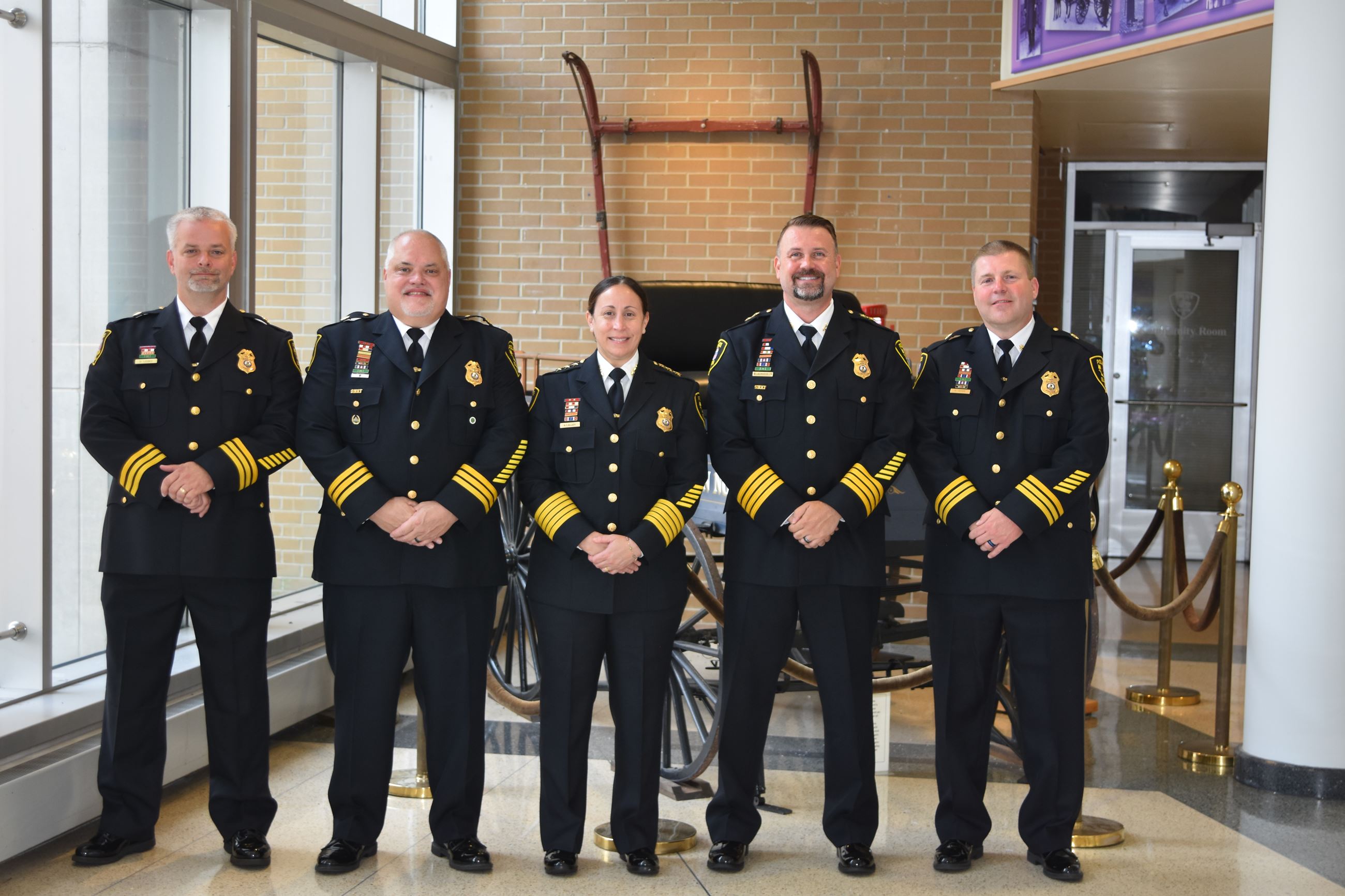